The right connection for your applications IO-Link is the first globally standardised IO technology (IEC 61131-9) for communicating with sensors and actuators. It comprises an IO-Link master and various components with an IO-Link interface, such as signal towers (sensor, actuator or both). It is not a bus system, but a point-to-point interface. However, a bus system can be used to bridge distances between the PLC and the machine, since IO-Link is restricted to 15 metres.

IO-Link is downward compatible and can be integrated into all existing systems without any difficulty. It is connected using an ordinary three-lead, unshielded cable (voltage and IO-Link port). If a component (such as a master, for example) should fail, then the new master can learn from its counterpart (the sensor, for example). The two devices communicate with each other continuously via the IODD protocol. Previously, the sensors had to be configured directly at the device, whereas now this can be done via the central control system – and in real time too! 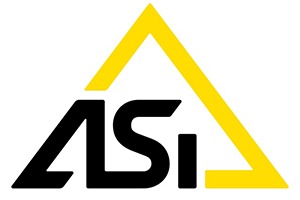 AS-Interface, the actuator/sensor interface with its characteristic yellow cable, is one of the network solutions available in modern automation technology.

AS interface offers many of the advantages of larger and more expensive fieldbuses at a much lower price. A “master” organises the communications in the network automatically and exchanges process images and diagnostic data with the higher-level control system. It recognises connected devices without configuration by the user and monitors its network automatically. With AS-Interface, the master needs no special application-specific software. All network topologies are permissible, particularly the most flexible, the tree topology. In contrast to ring and linear topologies, each slave can be integrated at the place best suited for the application. Branches can be created at any point, as required. Branches to mobile system components can be created with a simple two-lead collector ring or trailing cable.

WERMA Signaltechnik GmbH + Co. KG has been a member of the AS-Interface ® Association since 1996.